Skip to content
07Apr 2021 by Josh Pine No Comments

The Demand for Wind Power in the UK

Of all the renewable energy sectors in the United Kingdom, wind is by far the largest. Approximately 23% of the UK’s energy production is made up of wind power, compared to the next closest renewable, solar, at 5%. Generally, this comes down to the favourable geography of the UK. It’s an island. Being surrounded by ocean means there’s a huge amount of area to place offshore wind, without disrupting the appearance of the landscape a great deal.

The surge in wind power has been fueled by ambitious production targets set by the UK government. In 2011, a roadmap was set out which laid guidance for 18GW of wind power to be deployed by 2020. As of the 18th February 2021, there is more than 24GW deployed.

Having exceeded that target, the government set some even more ambitious targets. By 2030, the UK has committed to 40GW of installed offshore wind capacity. In order to achieve this quadrupling in offshore wind capacity, it will take an enormous amount of cutting edge wind turbines to be installed at various sites around the UK.

One of such sites is named Dogger Bank.

What is Dogger Bank?

The story of Dogger Bank starts in 2008, when a set of four energy companies formed a consortium named Forewind in response to the third licencing round by the UK crown estate for offshore wind farms. The companies within this consortium were Scottish energy provider, SSE, German multinational energy company, RWE, Norwegian state owned Statoil, and Norwegian state hydropower company, Statkraft.

Two years later, in January of 2010, Forewind was awarded the licence to develop the Dogger Bank zone, which, at approximately 8660 square kilometres was one of the largest of the round 3 zones owned by the crown estate. At the time, the farm was projected to produce 9GW, but by 2015, it had been scaled down to 4.8GW.

After all these developments, we’re left with a much simpler layout to understand. Dogger Bank wind farm is now split into three areas, A, B and C.

To achieve a total installed capacity of 3.6GW by 2026, or enough to power up to 6 million homes, Dogger Bank will feature state of the art mega turbines, capable of generating 13MW each. Let’s have a look at these turbines in a little more detail.

The Tech Behind the Turbines

So how exactly can a single rotation of one of these turbines power a UK home for two days? Well, it’s mostly down to their gargantuan size.

When the blades are at their peak height, the full turbine stands at 248, which is just 30m shy of the observation deck of the Eiffel Tower. With a rotor diameter of 220m, these turbines sweep through an area the size of seven football fields with just one rotation. 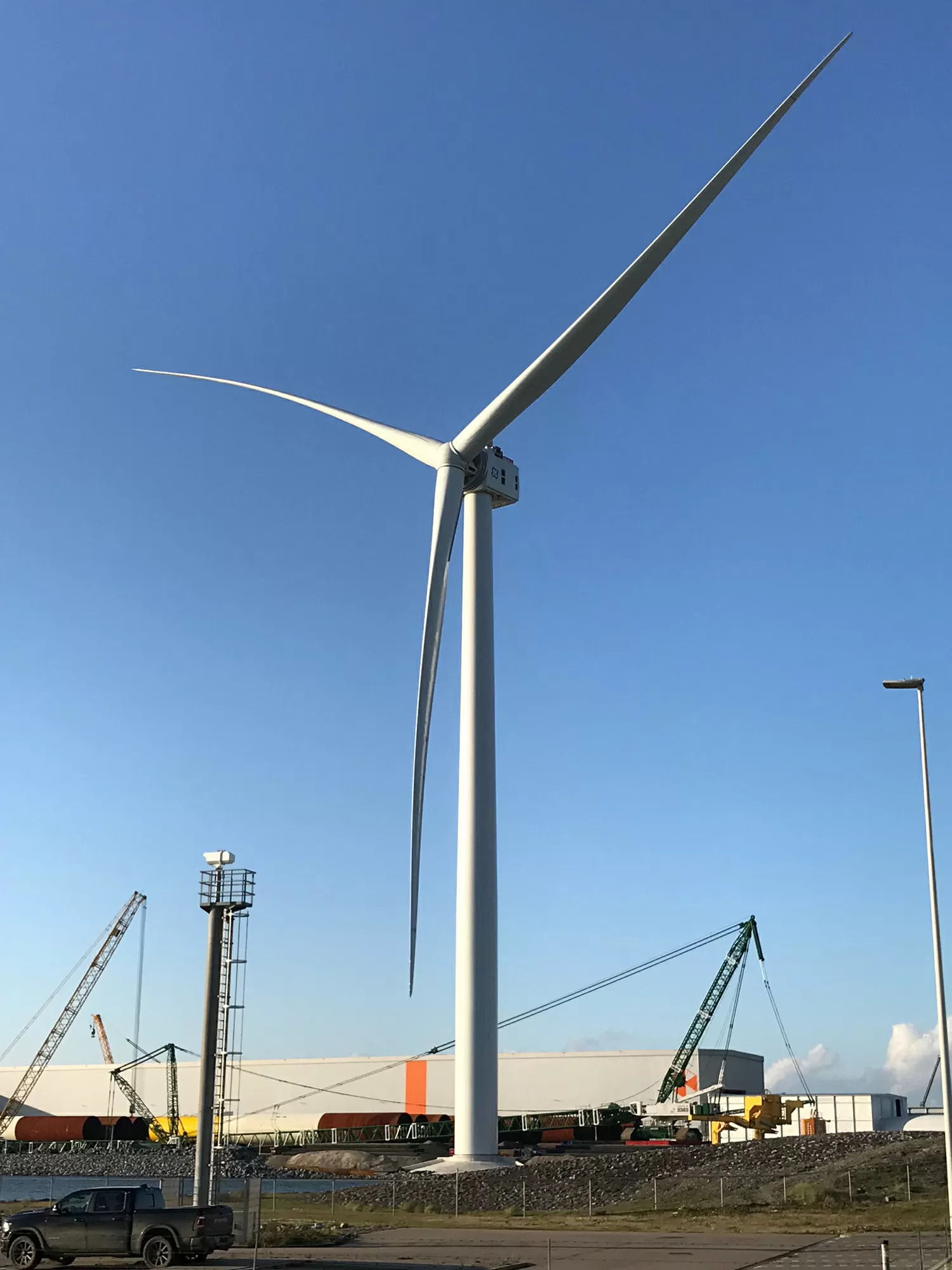 At the centre of all this is the turbine itself. As the blades spin, then rotate an enormous coil of wire inside a strong permanent magnetic field. As a consequence, a strong alternating current is induced in the coil. This electricity is then transported to one of Dogger Bank’s converter platforms, which have the role of converting the AC power to High Voltage DC Power ready to feed into the UK, Dutch and German power grids. 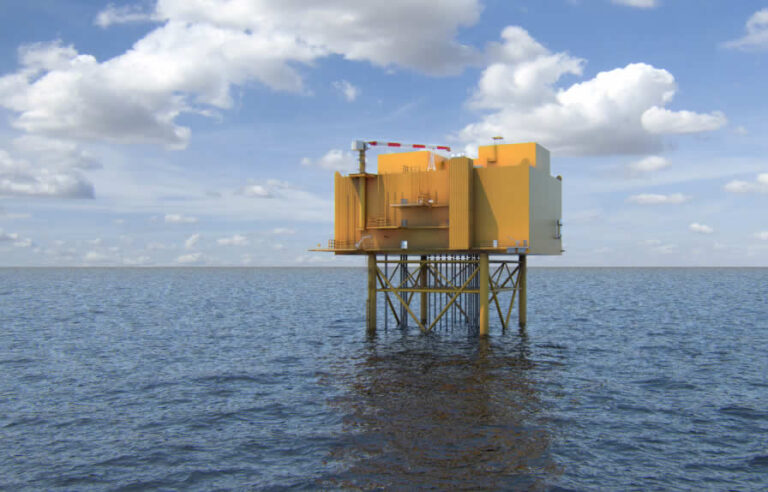 So that’s the turbines themselves, but how exactly are they transported and installed?

At first, the foundations for the turbines will be laid in the seabed. Water depth in the Dogger Bank zone ranges from 18m to 63m, and each foundation will need to be deeply routed metres into the bed.

Meanwhile, GE Halide-X turbines are being manufactured at various sites across the country, including on the Teesside in Yorkshire.

Once manufactured, these turbines begin their trip to Able Seaton Port on the northeast side of England to take the final leg in their journey. The components are loaded upon the Voltaire, the world’s largest specialist heavy lifting jack-up vessel to be shipped to the wind farm for installation on the foundations. At its highest extended point, it reaches taller than the Eiffel tower. 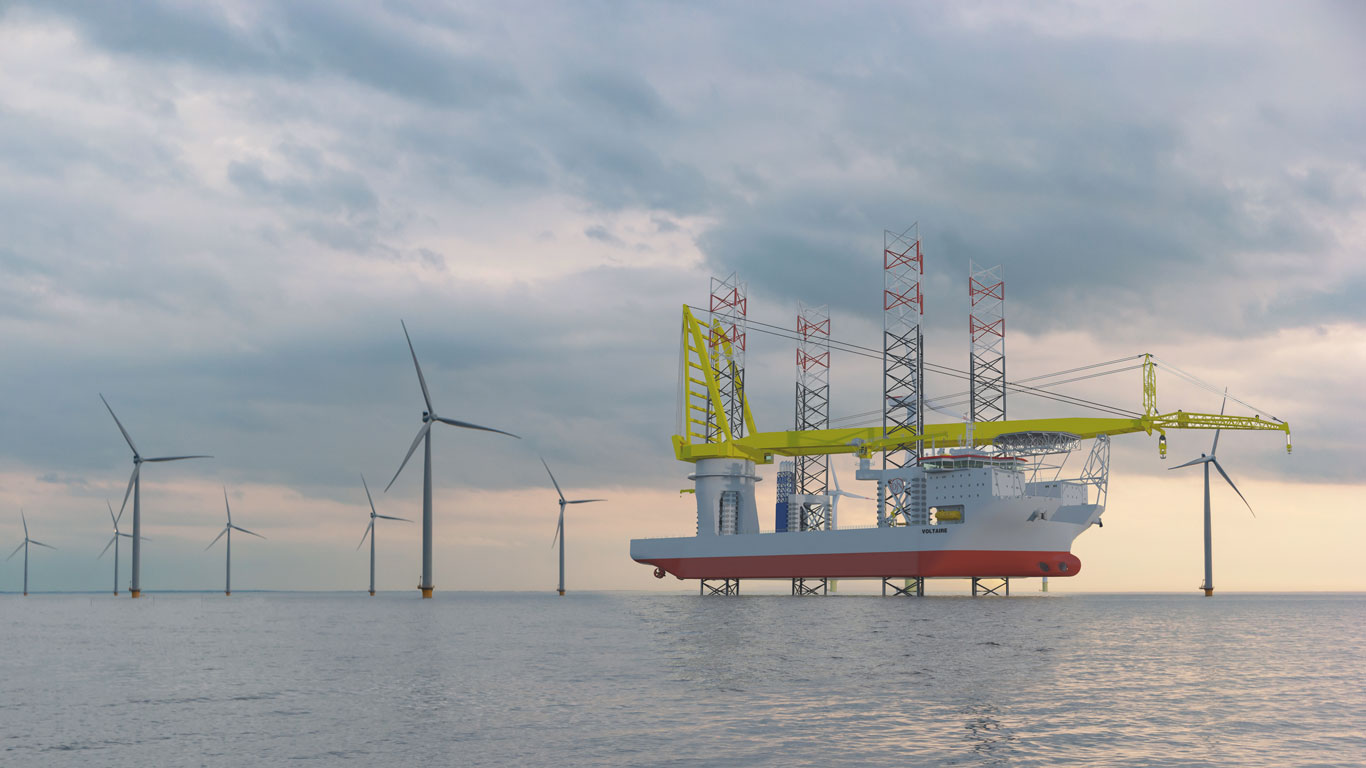 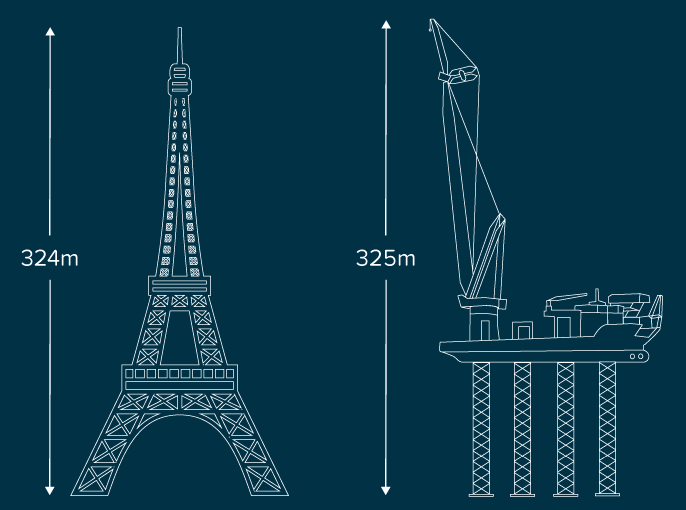 Whilst this process is happening, the electricity transmission network to get the power back to the mainland is being laid.

Inter-array cables connect the turbines to the converter platforms for export. In order to lay inter-array cables, the path for the cable must be cleared, then a trench with depth around 1.5m must be dug. The cable is then placed in the trench and buried. 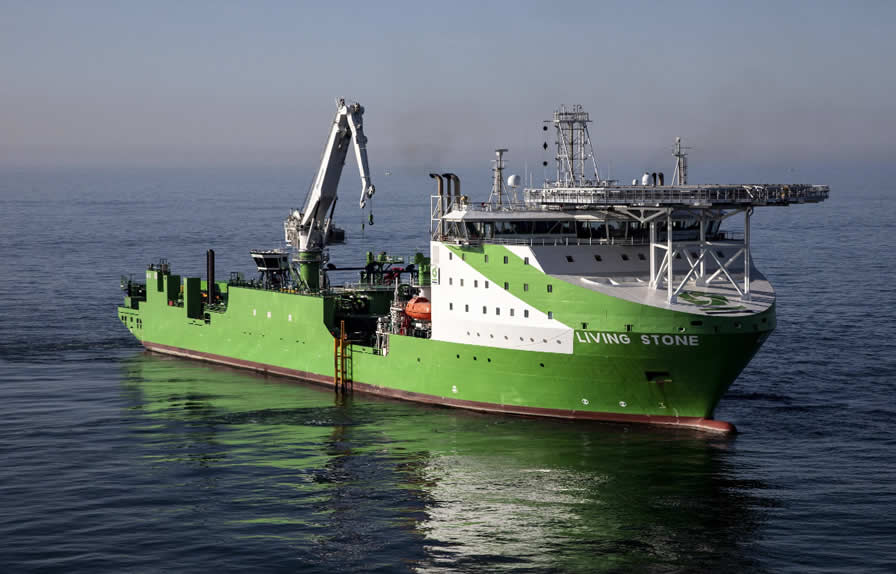 Main export cables are laid by specialist cable laying vessels that travel along the export routes, laying cable as they go. 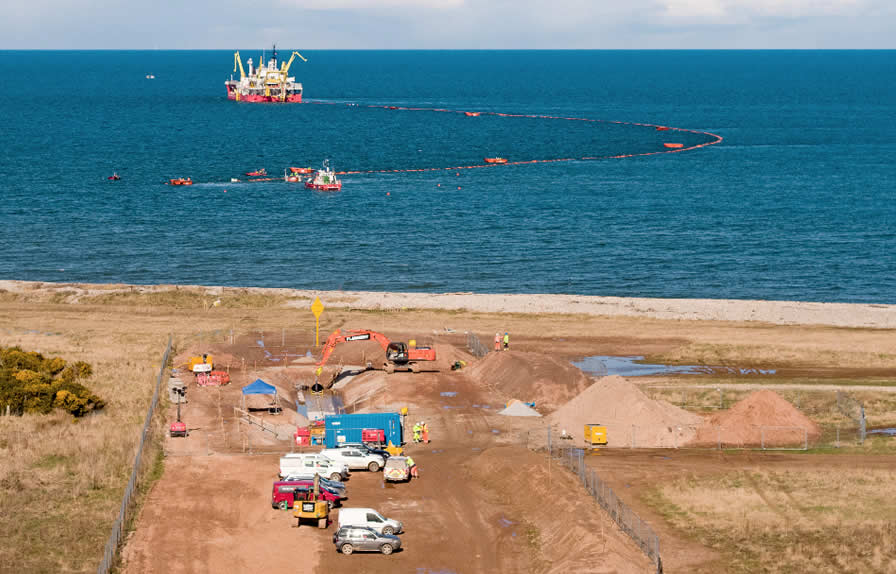 Once everything is set up, the turbines can be turned online and start producing power for millions of people across the UK, Netherlands and Germany.

In May 2020, it was announced that the Port of Tyne would become home to Dogger Bank’s long term operational base. This would be home to maintenance and repair vessels which ensure that the wind turbine operates smoothly over the next few decades.

The Future of Wind Power in the UK

The UK government has made it very clear that it wants wind to be a large part of it’s green energy portfolio in the future. Given that the UK is an island surrounded by shallow waters which sees little sunshine, this seems like a logical move.

Combine that with the government’s commitment to 40GW of installed offshore wind capacity by 2030, and it’s no surprise that projects like Dogger Bank come about. To fulfil this target, the UK will need to produce around 6 Dogger Banks within the next decade. That’s no easy feat, but it can be done.

With several megaprojects already in the works, that’s a future which might just happen.